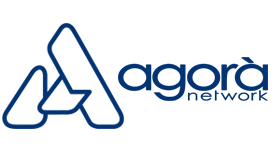 Home/PARTNERS/FAMILY TRADITION
FAMILY TRADITIONGaetano Russo2021-04-10T16:41:41+02:00
The Groups belonging to Agorà Network are all family businesses. Widely experienced retailers that have developed their own sales networks on a regional basis, where the historic headquarters of the company are the centre of gravity.
The three GATTIGLIA brothers have developed their business starting from Genoa, with the opening of Sogegross Cash&Carry shops. Then they joined the short channel with their own Basko supermarket chain and, after the first success in Italy of discount stores, they implemented their own format branded Ekom. They have maintained the tradition of wholesalers by organizing the distribution in favour of Doro mini-marts, as well as Ekom discount stores. They expanded in the provinces of Liguria at first, then the neighbouring regions: southern Piedmont, Oltrepò Pavese, Emilia, Tuscany. The second generation of the family has been managing the company, that today turns 100, for a long time and has strengthened the company by significantly developing all sales channels.
Bruno TIRELLI moved to Valtellina to start his own business as a wholesaler of food products. His son Antonio changed the profile of the company, that focuses straight on the end customer, turning their Cash&Carry in a large retail facility. Focusing on the format of hypermarkets, often accompanied by shopping centres, he takes a clear leadership first in the market of Valtellina, then uses his excellent know-how to expand the business in the mountain area of Lombardy, with the acquisition of Sermark, and extending his network to the provinces of Lecco, Como, Bergamo, Monza Brianza and Varese. All of the company stores are branded Iperal.
Poli’s story began in 1938, when its founders Beniamino and Giuseppe POLI decided to test a new kind of approach in fruit and vegetables sales system by opening a shop. Since that moment, the firm continues leading its growing and improvement process. One of the critical elements of its success has been the continuity of its ownership and management. Over the years, in fact, two generations that knew how to invest and innovate for the Group development succeeded in its direction. Recently the third generation joined Poli Group and this guaranteed the firm’s familiar charachterisation continuation.
Still today, treasuring its history and its transmitted values, the Group works willing to be always up with the times by offering products and services that are in line with the new needs and sensibilities and with a long term view. Over the years the firm developed different store formats through a concentrated and widespread sales network in Trentino-Alto Adige and Garda Veronese: Poli, IperPoli, Orvea, IperOrvea and Amort brands in food retail channel, Regina brand in non-food retail channel and C+C Italmarket brand in the wholesale channel.
The multifaceted entrepreneur Luigi ORRIGONI worked in the electronics and mechanics industry, but his real passion was still commerce. He had therefore decided to develop his historical wine wholesale business into a retail network, rooted mainly in the province of Varese. In the early years of the new millennium, he focussed exclusively on the commercial company, with the sale of the industrial properties and his children joined Tigros, that was becoming more complex and starting its growth phase. His untimely death did not allow him to see the best fruits of this great work, from the requalification and expansion of the sales network on larger and more efficient formats to the outstanding quality of the proposal. In addition to the historical presence in Varese, the network develops in the provinces of Novara, Verbano Cusio Ossola, Como, Vercelli, Pavia and Milan.
In 1965 Pietro Rossetto, with foresight and courage, he decided to sell the fields in the countryside to move to Verona and buy a small food shop to be managed by his five children (Giuseppe, Roberto, Luciano, Germano and Lorenzo). The Rossetto brothers, kids at the time (the eldest was just 21 years old), rolled up their sleeves and learned the trade. The difficulties initially encountered were many, all overcome thanks to the enthusiasm, the determination, the passion for that profession and above all the union between their brothers that led them in a short time to have a strong credibility from the customers who nicknamed them friendly “The buteleti of the shop”. In 1972 they opened the first Supermarket Rossetto in Corso Milano (Verona) and from that moment constant development began. The third generation joined the company in 1994 and is now managing, together with the founders and fathers, 25 points of sale between SuperRossetto and IperRossetto in 10 provinces and 3 regions without ever forgetting the founding principles and values ​​of 1965.